This week, thanks to Facebook's "On This Day" memories popping into my feed, I saw images, a video and re-read words I shared that ultimately led to choosing KUOW as the 1st beneficiary of my lawn sign endeavor. The journey, one article I heard on KUOW sent me on, continues to resonate deeply within me. I am a firm believer things happen for a reason & we have to pay attention to the signs or people that rise up to move us forward on the journey of life. Today, on Valentine's Day, I believe it is the perfect day to re-share the story here. The image above may be one of my most favorite images I have ever taken. I did not wait for the perfect light, this is how the headstone met me. I am sure I could never recreate the same image...it was meant to be and I believe was my gateway to a journey to share and spread love. I could never have predicted, a year later, I would be in the love "business" that includes translation in Mandarin!!

I will share in 2 parts as the journey spanned 2 days. It is a lot, but so much happened in such a short time. Perhaps you read a little, or you read it all, what I hope you can do is imagine taking the walk by my side and realize we are all connected and the universe works in amazing ways.

"Strap in for an evening overshare/bedtime read... Today I had a full circle "mother love" experience that all began as I was listening to KUOW Public Radio on the way to the grocery store. I got in the car in the middle of a mother, Linda, telling her story about her son, Phoenix being buried in Lake View Cemetery. The cemetery is just blocks from our house. She shared of frequent inquiries to where Bruce Lee's grave was throughout the years since her son's death. The difficulty of answering strangers when she would be sitting with her son, often in tears. It was a wonderful piece that really touched me. I decided that when I got home I would take the dog for a walk to the cemetery to find Phoenix's grave and leave a painted rock for he and his mother. I got home, grabbed the dog and one rock and we headed to the cemetery. Given her description of Phoenix's graves location I was fairly sure I would be able to find it. Up beyond Bruce Lee's grave and down the backside of the hill. As we made our way up the front side of the hill a headstone jumped out at me like a beacon. It was simply beautiful. I stopped to get a picture of it w/ Maverick. But that was not enough, I had to have it w/o my favorite dog. As I set the picture up I was amazed by the reflection coming off a neighboring headstone. It lit up love perfectly, elevating the image beyond anything I could have every set up on my own. We carried on up the hill. I snapped a few pictures that made me smile.

Seeing the birthday balloon & bottles and a snowman...simple yet meaningful. As I walked among the grave sites looking for a smaller grave with little hands, the description Linda had shared, I now was also noticing the beautiful art that popped up here and there.

There was a very large, stunning headstone with ornate totem art. As I was taking a picture I noticed the dates of death for the couple. It looks like the wife died the day before her husband's one yr anniversary of his passing. Maybe she loved & missed him the anniversary was too much to bare??

I turned around and saw some decorations that I thought could've been for a young boy. Maybe they were decorating Phoenix's grave. As I neared, I realized it was not his. But I was drawn in by the beautiful headstone & unique name, Yonaton Michael Teklai. And then I saw his date of death--May 13, 2015. That is my birthday...not sure what the chances of that are but I was touched. I really love his headstone. The pictures of him spanning his life and the message shared,

"When someone you love becomes a memory, the memory becomes a treasure."

I carried on with my search for Phoenix's grave. I must be close. And then I am stopped in my tracks by the beautiful statue headstone of mother and child.

I am not sure I every realized how much beauty can be found in a cemetery. This walk I was enjoying all thanks to Linda's story was quickly becoming fuel for my soul. I decided I would circle back one more time before giving up. Yet again, I was drawn to a headstone that was appeared to be decorated for the holidays. I looked a little closer and couldn't believe what was hiding under the pine bows...painted rocks!! This I had to document! I then looked at the headstone inscriptions...tomorrow is the first year anniversary of this man's passing. I took a moment to honor Thomas and told myself I would be back tomorrow with a rock for him. I only had one in my pocket and I had to keep it for Phoenix and Linda.

I doubled back one last time, telling myself I was going to have to come back another day. I see a headstone with a hand. This must be it, I thought. As I neared, I saw the name was not Phoenix. Instead the the stone marked Ezra's place of rest. He was 11 when he passed...the age of Oscar. I thought about who Ezra may have been and how lucky I am to have my boys still with me. I took one more picture of Ezra's hand which made me think he was waving to me, letting me know it was time to go. I would come back another day to find Phoenix.

I did not want to leave the cemetery without placing the rock to honor Phoenix and Linda. I found what I thought was the perfect tree and photographed in the direction of where I know his grave must be. Leaving love for them as the sun come through. It felt right. The visit started and ended with love.

This evening, I was telling Thanny about the story that took me on this little journey. I pulled up the story on KUOW's site and started playing the article for him. I learned how old Phoenix was, 7 mths and how he died so young. Linda spoke so eloquently and I was so glad to be hearing the first part of her story that I had missed early. And then, at 2:25 into her story she said, "You want to surround your children in love all the time. In all moments of their life and, in my case, all the moments of his death..." I replayed that a few times and then carried on to where the article had started for me while going to the grocery store (3:38 into the piece)...once again her voice and words touched me. All I could think about was how much love I felt as I wandered. How the first visual that grabbed me was the headstone of love. It was truly like a beacon to me. And then having the last visual I took was leaving love I was hoping to leave for Linda & Phoenix. Her son is surrounded in love and it touched me today. All of this could have zero meaning to many but for me I feel like none of it was an accident. The first two days of this new year I shared Love images and today I was propelled by Linda & Phoenix's story that opened my eyes to so much love and serendipity. It is a day I will never forget and the people that touched me along the way I will also carry with me. And these crazy rocks...they continue to be special to me and I am reminded daily that, although they are small and do not hold any tangible value they are priceless to my spirit. On my drive home from the store, I had thought about which rock I would leave for them. I thought about a cute animal or a wild thing I am excited about, but the love rock was what I grabbed. It felt right as I carried it in my pocket...it was meant to be. ❤

If you want to listen the voice that moved me today... How Bruce Lee Brought Frustration and Peace to a Grieving Mother" 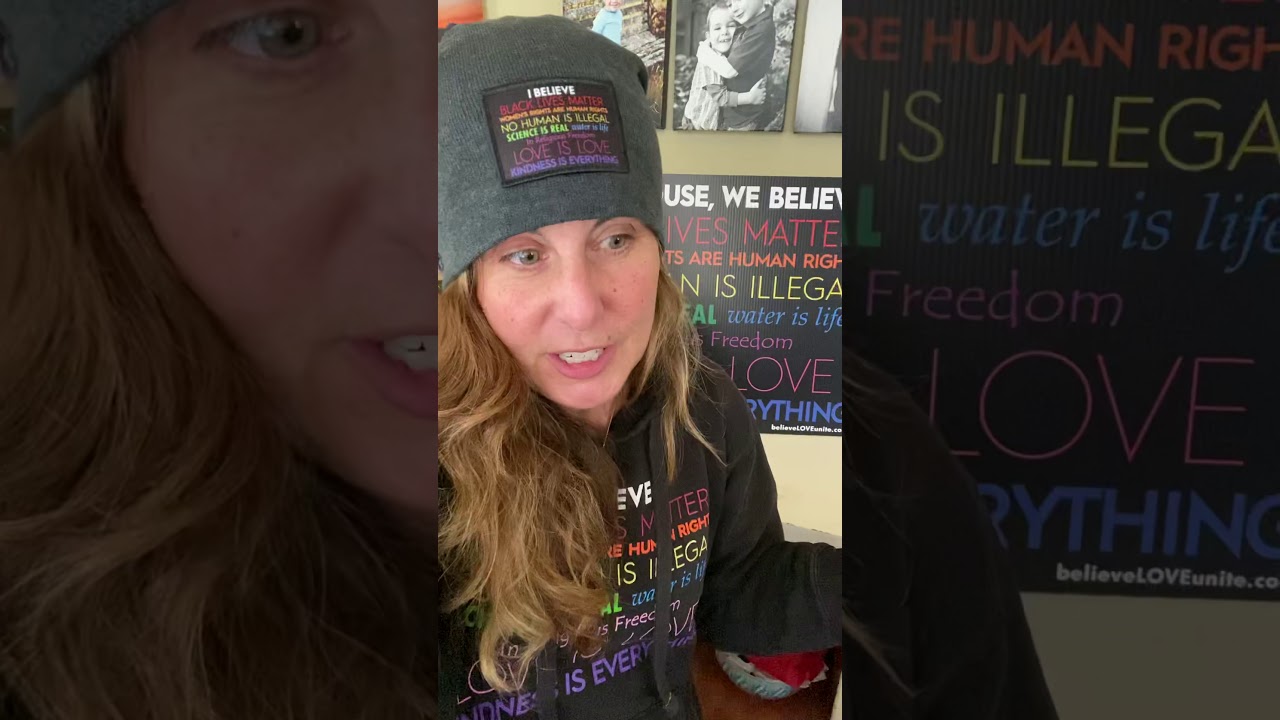 Uplifted by BLU and you! 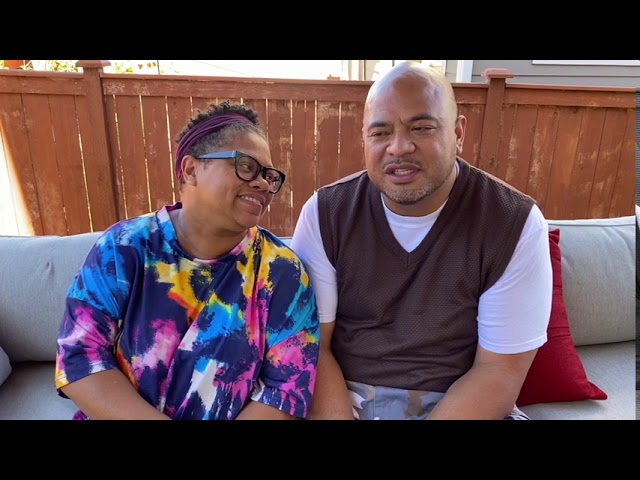 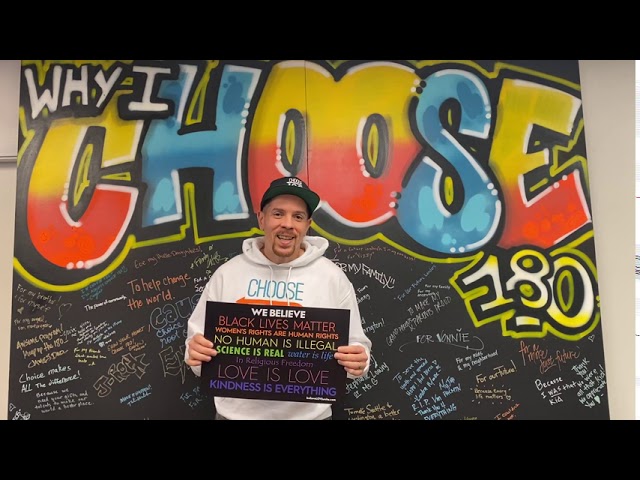